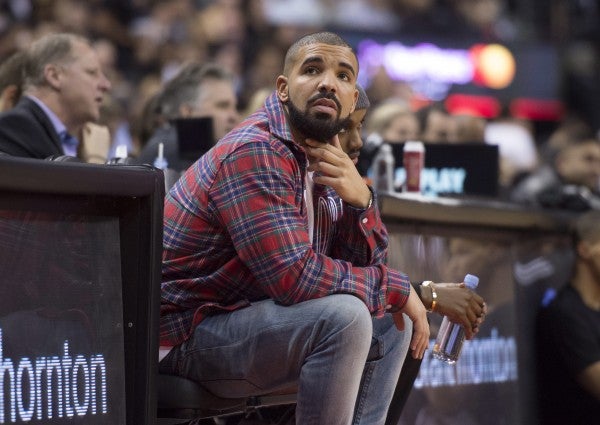 FILE – In this Nov. 25, 2015, file photo, Drake sits court side during Drake night at the NBA basketball game between the Toronto Raptors and the Cleveland Cavaliers, in Toronto.  (Darren Calabrase/The Canadian Press via AP, File)

Canadian singer Drake is taking on bigger plans for himself—venture into acting and TV hosting.

The “Hotline Bling” hitmaker recently revealed in a brief chat with University of Kentucky basketball coach John Calipari in the “Cal Cast” podcast that he was plotting to become an actor and bag vital roles on screen, Rolling Stone reported.

“Acting is another thing that I just can’t wait to really dive into,” the rapper said. “I think after I release ‘More Life,’ which is this playlist I’m working on, and finish this tour, I think I’m going to really start to position myself in the acting world and, hopefully, take some great roles.” He is not actually new to acting, as he had an acting stint in the 2001 Canadian drama show “Degrassi,” in which he played Jimmy Brooks.

Aside from acting, Drake thirsts to join the ranks of late-night talk-show kings Jimmy Fallon and Conan O’Brien.

“I hope to get there one day where I put on amazing suits every night,” he said. “Just put on Tom Ford every night, sit with a glass of wine, and laugh with people that I’ve spent years within the business, or friends of mine, and give people something to watch every night that makes them feel good and laugh.”

Drake stressed: “To keep people excited, give them new music, let them know I’m still hungry, I’m doing it to be remembered as a forward thinker. I want to be remembered…as an emotion-evoking artist.”  Gianna Francesca Catolico

Journey to the West: Song Minho wants to work with Drake